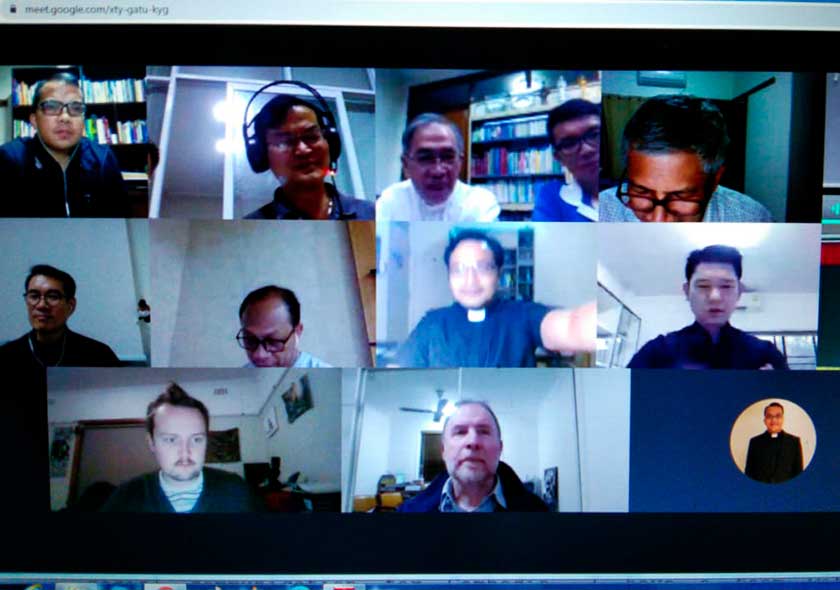 Over these last five months I have taken part in many video conferences with Communication groups from our provinces. Young people have been involved in all these meetings. They always bring a new perspective, they like what they do, and collaborate in the Salesian educative project with enthusiasm and new ideas.

The young really are key players in the new communication in our Works spread throughout the world.  As natives of the digital and media world, they have mastered the language and new communications media.

We witness hundreds and hundreds of young people who on a daily basis contribute creatively and show innovation in radio stations, artistic design and production centres, in the area of music, text preparation, image production, organising social network groups, photographic production, making videos and many other communications media.

We have a huge network of young communicators in our Works! The majority of these young people have grown up in a Salesian Work, or came to the oratory, or were students, members of the SYM and communications workshops,  and together with the Salesians and teachers, began to learn, engage and become communicators in a Salesian style.

Among these young people we find many young Salesians, who in their various phases of Salesian formation have shown talent and interest in communication.  These young Salesians have sought to study the new media languages and use digital technologies, new software and social networks to communicate through music, videos, messages, and texts with the aim of evangelizing other young people.

For the young, communicating is the best way to express their faith in God or their Christian commitment, with each other and with the community. For them communication is a way of serving others.

Saint John Bosco, during his time at Valdocco, educated his youngsters to be great leaders in their faith and their Christian and Salesian commitment. They were great young communicators!

Young communicators like Dominic Savio, Besucco, Magone, Lasagna, Rua, Cagliero, and many many others, responded with great faith and generosity to their vocation in the service of others.  This is why they made history, left their mark as authors and key players in God’s communication through their lives and in Salesian history.

Communicating and educating for young people to play an active role: with the love of Jesus in their heart,  with a good idea to communicate,  with knowledge of new technologies and their dreams to contribute to the transformation of the world, young people show us the true path for communication today and tomorrow.

Fr Àngel Fernàndez, our Rector Major, in choosing the theme for the 2021 Strenna: "Moved by hope: "Behold,  I make all things new". (Rev 21:5) invites us to take the path of hope together with young people.

We Salesians believe in the active role played by the young because, in all times and situations, they are bearers of the dream and the way of living and communicating hope.