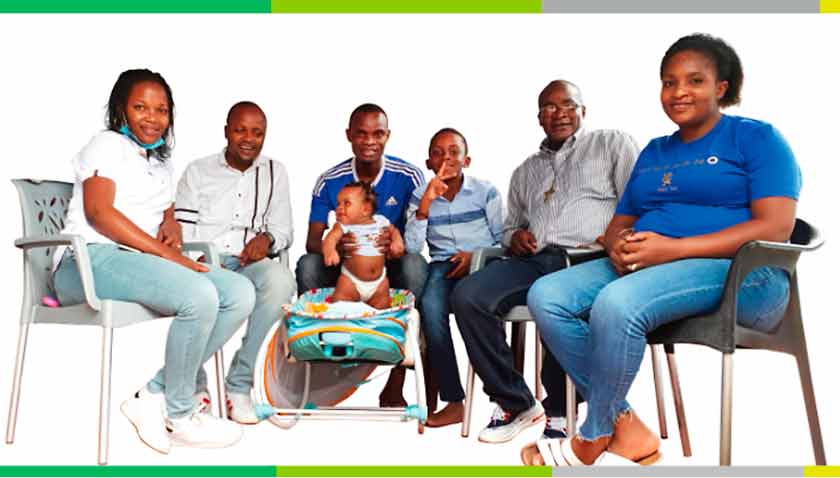 The beauty of marriage

For good Christian marriages resulting from the Salesian environment in DR Congo.

Let us pray for young people who are preparing for marriage with the support of a Christian community: may they grow in love, with generosity, faithfulness, and patience.

I would like to thank you from the bottom of my heart for this opportunity to share my greetings and thanks for this work of "spreading good" that is CAGLIERO 11.

A challenging birthday has been reached: 150! It is a significant number – 150 – a good that has lasted over time and helps us all never to forget a fundamental part of us: The Missionary spirit! If God is your God, faith in him comes out in every action, in every word, in every decision... it is the energy of the Risen Christ that enters us... and from us to all those around us, as far as the Lord wills.

This Spirit of the Resurrection also comes to us with the missionary bulletin that reaches us everywhere and helps us never to forget what we really are: Children of God. Thanks to all those who, with heart and competence, have been taking care of this CAGLIERO 11 for 150 issues!

When Fr Václav Klement was elected Councillor for the Missions in 2008, I was called to be part of his team. I remember that after the World Consultative Assembly for the Missions in September 2008 we had long discussions on ways to promote missionary animation at the Congregational level. Fr Klement proposed this tool of animation and made us look at the format of MT 28:19 which was the mission animation bulletin of the FIN Province. He suggested naming ours in honour of this great Salesian missionary. He wanted a monthly day of prayer for the missions every 11th of the month. Cagliero11 was thus born with its first issue on 11 January 2009.

The first issues I prepared were precisely to see how the confreres would react to this new publication, simultaneously in 5 languages, in its 2-page A4 format. Not only was it very easy to read, it was also easy for a community, school or parish to print it for their notice board. Initially we published some thoughts about Don Bosco and other Salesian missionaries. But not long after, we decided to invite missionaries to share their experiences. This turned out to be the most attractive and most read part of Cagliero11.

Many of these stories have been reprinted in countless editions of the Salesian Bulletin. How many Salesians and lay people have discovered their missionary vocation after reading the sharing of a missionary in Cagliero11! I have often found a copy of Cagliero11 on the community noticeboard in many provinces. It is now translated into twenty languages every month and is accompanied by a 1-minute video clip mainly for young people.

Looking back at these 150 issues, we can only thank the Lord for this wonderful inspiration of the Spirit that keeps Don Bosco's missionary spirit alive.

HOW CAGLIERO11 WAS BORN

Fr Václav, how did the idea of creating the missionary bulletin, Cagliero11, come about in 2008?

During the first World Consultation for Missions after GC26 (September 2008) a strong need was felt for greater visibility of missionary animation in the Salesian Congregation and Family. In the search for ways to respond to this challenge the idea of a simple monthly bulletin emerged, already in use in some provinces. The symbolic name 'Cagliero' refers to the leader of the first missionary expedition, Don Giovanni Cagliero (1838-1926), the number '11' recalls the important date of the first sending of missionaries by Don Bosco, 11 November 1875. Hence, 'Cagliero11' - a monthly invitation to all Salesian communities around the world.

Now, after twelve years, what do you see has changed thanks to the 150 issues of Cagliero11?

Certainly, the two original objectives – to contribute to the visibility of the missions and to make people pray for the missions and for new missionary vocations – have been greatly achieved. In many parts of the Congregation and the Salesian family we see Cagliero11 on the noticeboard or on the website. Moreover, the narrations of vocation and missionary life carried by Cagliero11 have inspired many confreres to set out as missionaries ad gentes: if others could, why can't I? Perhaps because of its simplicity, Cagliero11 is translated into more than twenty languages and has become an instrument of universal animation in the Salesian family.

Undoubtedly, the best strategy for missionary animation is to get the missionaries themselves to talk about their motivation, how they have overcome challenges in missionary life, and how they bring the Gospel to the youth of today. So, I hope that every community and every Salesian confrere finds at least once a month the time to contemplate our missionary life and vocation and to pray on the 11th of the month. I thank all those who translate it and disseminate it in digital or printed form to keep the missionary flame alive in our Salesian family!

Fr Václav Klement, SDB
Born in 1958 in Brno, Czechoslovakia, he has three younger brothers.
Because of the communist regime, as a young Salesian he emigrated in August 1984 to become a missionary.
He studied in Rome, was ordained, and sent to South Korea in 1986 where he worked until 2002,
became the rector of the community in Seoul and then the Provincial.
In 2002 he was elected Regional Councillor for East Asia - Oceania, a position he held again from 2014.
Between 2008 and 2014 he served as General Councillor for the Missions.
After the 28th General Chapter, the Rector Major appointed him an Extraordinary Visitor "ad nutum”.