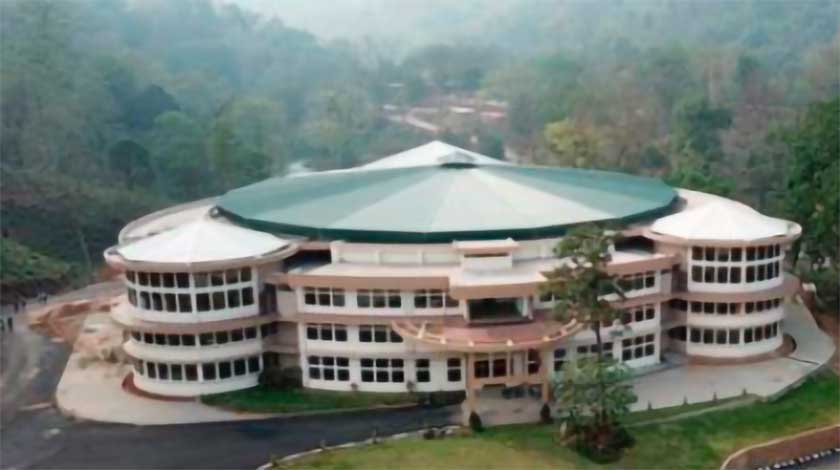 That they may promote science, placing it at the service of the human being.

There is a growing number of Salesian University Institutes in the world. Let us pray that they may maintain their Salesian identity, rich in Christian humanism. May they be capable of forming men and women with the social commitment to defend truth, God’s creation and human dignity.

It was Thursday the 11th of November 1875 in the church of Mary Help of Christians at Valdocco. After the singing of Vespers and the Magnificat, Don Bosco went up to the pulpit and outlined the apostolic programme of the departing missionaries: Start with the evangelisation of Italian emigrants and aim at the evangelisation of Patagonia. He concluded with these prophetic words: “… Who knows if from this departure and from this little seed a great plant will arise? Who knows if it be like a little grain of millet or mustard, that will spread little by little which will produce a great good?” Then Don Bosco embraced the ten missionaries one by one. To each one was given a copy of the Souvenirs to the First Missionaries that he himself had written in pencil on a notebook during one of his return journeys. Don Bosco accompanied the missionaries as far as Genoa where they boarded the French steamship Savoie on November 14. A witness saw that Don Bosco’s face was all red from the effort to contain his tears.

This scene, often romanticised, has remained in our popular Salesian imagination. But today questions too remain in many: Is missionary activity still relevant today? We do not even have enough Salesians for our own Province, why send them out as missionaries to other countries? Since God wills that all be saved, all have the right to know Jesus Christ. Hence, the possibility to know Jesus must be made concretely available to all. In fact, all disciples are commanded to preach the Gospel in every time and place (Mt 28:19-20) so that all may discover the “unsearchable riches of Christ” (Eph 3:8). Yet, we are all aware that even today, as in the past, many people do not know Jesus nor do they have an opportunity to come to know or accept him. This is why more than ever, today the Church is called to “go forth”, with the same readiness to listen to the voice of the Spirit and aflame with the same missionary ardour and courage that inspired the missionaries of the past (Redemptoris Missio 30; Evangelii Gaudium 24).

Our Salesian vocation places us at the heart of the Church (Const 6) “which is missionary by her very nature” because she “is sent forth to the nations” (Ad Gentes 2). Don Bosco conceived his Oratory with a missionary perspective for poor and abandoned youth without a parish. Animated with missionary zeal, he launched other initiatives: the printing press, the Catholic Readings, the Salesian Bulletin and founded the Salesian Society, the FMA, the Salesian Cooperators and the ADMA. Finally, he opened an entirely new page in the life of his young Congregation by sending out Salesian missionaries in 1875 and the FMA in 1877. Don Bosco passed on this missionary ardour to his religious family. Thus, the 19th and 20th SDB General Chapters underlined that Don Bosco’s example indicates that the missionary commitment is part of our Congregation’s nature and purpose (GC19, 178; GC20, 471). Missionaries, therefore, are not those we can spare among the many confreres in the Province. Nor are those we keep because “we need confreres here”. The Salesian missionary is a confrere who responds to his missionary vocation within his Salesian vocation. Indeed, our annual missionary send-off is a concrete expression of our fidelity to Don Bosco’s missionary spirit and commitment!

Questions for Reflection and Sharing

In 1920, exactly one hundred years ago, Fr Albera, Don Bosco's second successor, wrote a fervent letter to the Salesian Provincials of Europe to exhort missionary zeal ad gentes. Already now, writes Fr Albera, the magnificent dream that Don Bosco had on 30th August 1883 seems on its way to fulfilment. The angelic young man, Luigi Colle (who had died two years earlier in the odour of holiness) showed him, in a mysterious way, the immense goal that the Salesians would have to achieve in the future. "There are thousands, and millions of people who await your help, who await the faith." This was followed by other dreams in which the Saint of the Youth gradually saw his Salesians taking care of souls all over the world. “But, unfortunately,” continues Fr Albera, "the lament of the Divine Master comes also from the bottom of my heart: ‘Messis quidem finta, operarii autem pauci.’" He notes the great need for evangelizing ministers in the immense harvest of Salesian works. Then he makes his invitation to missionary generosity: "The greater the number of Missionaries that a Province can send wherever we have Missions, the more numerous and excellent will be the religious vocations that the Lord will give to that Province. This is not a simple rhetorical statement; it is the genuine thought of our Venerable Father.” It is certainly not a message from the past.

Today, more than ever, as Salesians and members of the Salesian Family, we must believe these words and not close our hearts to the needs of those who seem to us to be the furthest from us. “The most beautiful monument to Don Bosco, the most worthy of his great apostolic heart – is it not the Missionary who, with the Crucifix and the Gospel in his hand, goes to conquer new peoples to religion and civilisation?”

GOD IS REALLY PRESENT IN EVERY CULTURE

I grew up in a Christian family and in a mixed environment, religious and political, which influenced the fate of all young people. I was involved in the religious activities of the Church. My engagements during secondary education began to reveal the missionary call within me. As I listened with the help of my spiritual director, it became clearer that the Lord was calling me within my heart and from a distance. From that time, whatever desire arose in my heart was viewed through the lens of the zeal for the missions. As a Salesian missionary in China, I face a culture different from mine. The pains of communicating in Chinese threatens my sense of humour. The hierarchical structure of society which shapes human relationships and the exercise of authority is another challenge that I struggle with. This means that there is the danger of measuring human dignity based on social status and racial background. Young vocations coming to this kind of context may suffer vocational fragility since, sometimes, it is difficult to fit these cultural realities into the religious way of life.

There are more social tensions in today’s China than ever before. Our religious communities respond to this by prayer and discernment while exercising great caution not to get involved in partisan politics. Confronted with this reality, my religious life, especially its community aspect, faces a great challenge.We were recently hit by the pandemic of Covid-19 that is threatening human lives and has brought a halt to a lot of religious and social activities. Everyone is moving in fear, fear of the unknown. These challenges are rewriting the narrative of my missionary life and affecting the way we live in the community. Young people are not exempt from this. They are restricted from living out their youthful exuberance in a joyful way. Looking at all these, I ask myself whether it is God’s finger that is writing these lines.

Despite all this, I look back and still find some reasons to be joyful. I have come to appreciate the plurality of human life which forms a splendid mosaic of God’s image and how He manifests himself in every story, in every event. God is really present in every culture. God is present in the young people no matter how tiny a voice he speaks with. I have heard it myself in the life of the young people that I have shared my life with in this place. This is my deepest joy. This joy that I find among young people is a strength for me in all challenges. I bring these challenges and joys to God in prayer and I share them with the community. While in prayer God reveals His will directly; in sharing with the community He reveals his will through the confreres.

In conclusion, I feel that confreres who are discerning their missionary vocation are already listening to the voice of Jesus calling. They are happy because they do it in openness and without fear. Difficulties will come their way, but they shall find strength in the one and only missionary of God – Jesus Christ – in whom we share one mission for the salvation of the young.

Venerable Mother Margaret (1788-1856), with her feminine and maternal presence, stamped her mark on the Salesian charisma right from its origins. Giovannino's family, though shaken by its situation of being fatherless, was able to enjoy the deep love of a mother, who totally dedicated her life to her children; a mother who was for them the first and most important catechist; a woman who taught them to be responsible, hard-working and honest and charitable to those who were poorer. Even when she was at Valdocco she would help Don Bosco to assist the young people who were poor and without families. With the affection of a mother and the wisdom of a strong woman she educated them to become good Christians and honest workers.