The Distribution of the Rector Major’s Missionary Solidarity

The Distribution of the Rector Major’s Missionary Solidarity 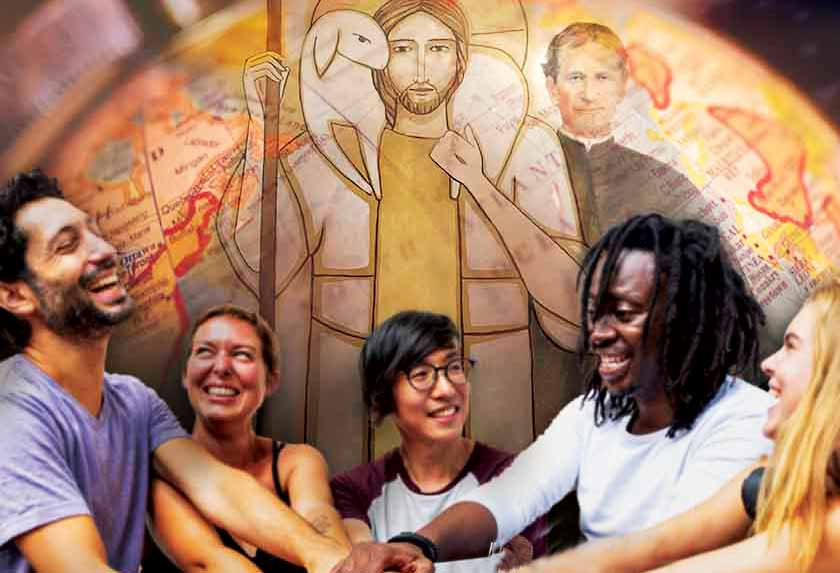 For several years now we have been developing a system for better coordination and greater transparency and accountability regarding requests of Provinces to the Rector Major for financial solidarity.

Requests for help to the Rector Major are presented by the Provincial, with the consent of his Council, by submitting a Project together with the properly filled in Project Application Form prepared by the Missions Sector.

Similarly, donors, auditors and governments now demand detailed information about the use of donated funds. They often require evidence that the guidelines in Laudato Si’ regarding respect and care for the environment, are reflected not only in our projects, but also in our curriculum of formation, educational programmes and even in our plans for constructions. It is also necessary that every project needs to address the issues raised by GC 27 and GC28 and the priorities of the Rector Major for the six-year period (2020-2026) as well as fit into the strategic plan of the Province (POI).

The priorities for the missionary solidarity of the Rector Major are:

Financial help for “other” projects like water well, drainage, solar panels, vehicles, etc are to be presented to concerned NGOs or to other funding organisations. The Mission Offices, Salesian NGO’s as well as the Missions Sector could provide assistance to the PDOs, when requested, in the formulation of the project to meet their requirements.

The Formation of Salesians

The Rector Major gives greatest priority to fund the formation of Salesians because on it depends the profile of the Salesians that are able to respond to the needs of the youth of today. Requests for formation is done only once every 12 months, be it in June or December Distribution. A letter to the Rector Major with the total number of students is not enough. The official form prepared by the Missions Sector has to be filled in every year, with the name of each student, details of study and institute, etc., This list includes only students belonging to one’s own Province. Do not include students belonging to other Provinces, even if they happen to be in the interprovincial studentate in the Province. This will be crossed checked with the help of the Formation Sector. Funds for doctoral studies in Rome are given for three years only. Requests have to be submitted every year.

It will be an important sign of communion with the whole Congregation that the Planning and Development Office of every Province mobilise local resources. Since “we share together our material goods…” (Const 76), no Province is only a recipient. Instead, all Provinces - even with a widow’s mite (Lk 21,1-4) - contribute to this most noble cause which ensures the very growth and vitality of our Congregation.

Deadlines for Submission of Requests

Requests that reach the Sede Centrale are subjected to initial screening by a representative from the Missions Sector and from the Economy Sector, hence they need to be sent at least two months in advance. The last dates for submission every year are 31 March (requests for Distribution in June) and 30 September (requests for Distribution in December). Requests have to be submitted only to the specific email address for every distribution (e.g. 31 March 2021: distribuzione168@sdb.org; 30 Sept 2021: distribuzione169@sdb.org; 31 March 2022: distribuzione170@sdb.org  etc.) Requests that arrive after the cut-off date will not be considered.

All requests are made available to the concerned Regional Councillor for perusal and comments. Then these are screened by a Committee chaired by the General Councillor for Missions, with the Economer General and a General Councillor at the beginning of the General Council’s session. Finally, these are presented to the Rector Major and his Council for discussion and final approval. The Mission Offices are then authorised to distribute the funds in the name of the Rector Major. If a request is not accepted at a Distribution, it is not automatically carried over to the next Distribution. It has to be resubmitted by the Province concerned to the next distribution.

The practice of the vow poverty demands a transparent and complete accountability of the funds received (cf. GC26, n. 81). Since any request is presented to the Rector Major by the Provincial, similarly, it is his moral responsibility to ensure that funds received are used according to the purpose it was given and that these are properly accounted for through acquittal reports according to international accounting standards within an acceptable time.

Finally, it is important to point out the following:

Proper Use of Resources

Don Bosco reminds us that “what we have is not ours; it belongs to the poor; woe to us if we do not use it well” (Const 79). Thus, “attentive vigilance is needed in order to ensure that the goods of the Institutes are administered with prudence and transparency, that they are protected and preserved, combining the primary charismatic-spiritual dimension with the economic dimension and with efficiency, which has its own humus in the administrative tradition of the Institutes which does not tolerate waste and which is attentive to using resources properly” (Pope Francis, Message to the Symposium on Management of Ecclesiastical Goods, 8 March 2014).