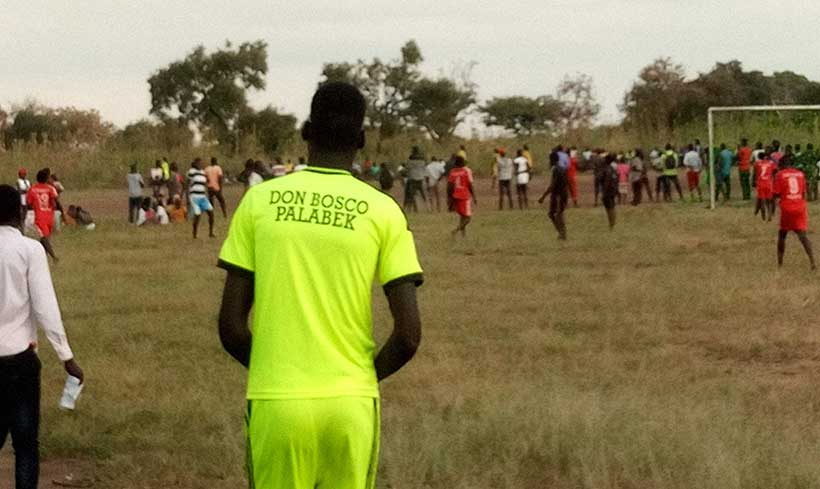 "The Salesian is called to be a realist and to be attentive to the signs of the times, convinced that the Lord manifests his will also through the demands of and place" (C. 19 SDB Constitutions) offering a timely response to needs of young people. In today's world, a huge challenge is represented by young people forced to leave their homes to move within their own country (displaced persons or "IDPs") or outside it (refugees).

According to United Nations figures, there are 71 million people in the world forced to flee and seek shelter away from home; of these, 26 million are refugees.

The Congregation is providing a realistic answer in Palabek, Uganda.

Uganda ranks third for refugees hosted, with 1.4 million refugees, in particular from South Sudan and the Democratic Republic of the Congo. For two years the Salesians have moved within the Palabek settlement trying to animate the communities present: through the oratory, the pastoral care of 16 chapels, a technical school and many other projects.

Fr Martín Lasarte, SDB, and Marco Fulgaro, lay collaborator belonging to the Mission Department, went to Palabek in early January as part of the verification of the educative and pastoral work carried out and the community life during these first two years, as well as to plan together any future steps.

In Palabek, since the border is very close, 53,000 South Sudanese live there, having fled the war with the dream of returning home soon. There is a lot of work to do, as there are many young people: to realize it is so, it was enough to look around during the football tournament in progress in those days, with 16 teams, male and female, who competed in front of a large audience coming from all over Palabek (considering that the road inside the settlement is 20 km long).

An important challenge for the Salesians is the formation of catechists and youth leaders. To confirm this, on the day of the Epiphany, were Fr Sisto Oià, a religious from the Congregation of the Apostles of Jesus, who works in the Adjumani district, near Palabek; and Msgr. Sabino Odoki, the bishop of Arua, responsible for the refugees in the Episcopal Conference. The Salesians have also opened up to other settlements, such as Kyaka, but the pastoral resources available are still too few.

The hope is that others can soon be added to the six Salesians currently present in Palabek and that, together with lay people and volunteers, this precious service of human promotion and evangelization can be expanded.