DON BOSCO, THE MAN OF GOD WHO ALWAYS ASKED OTHERS FOR HELP 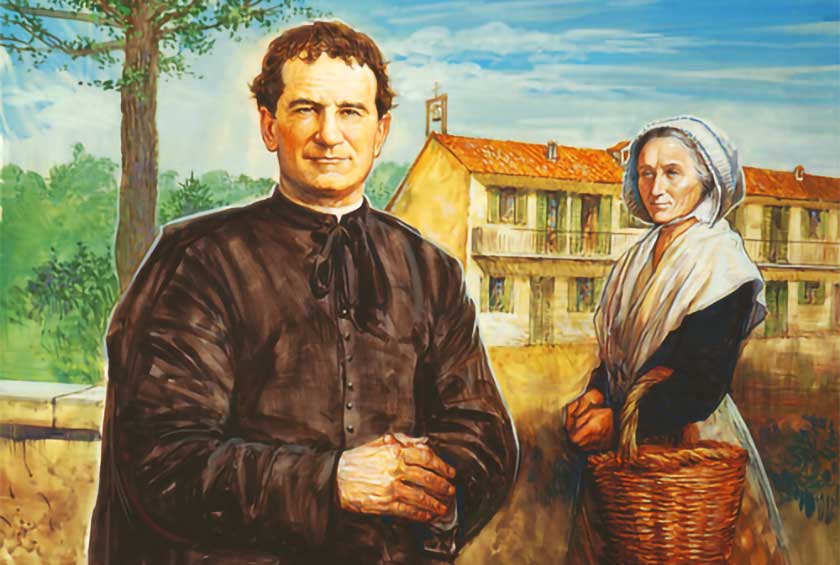 Dear friends and readers of the Salesian Bulletin and, above all, friends of Don Bosco and his charism,

I greet you almost at the end of 2020, this year which we have lived through and which we will remember as a hard year, painful in many ways. It is a year that has changed us – without intending to have done so – in our lifestyle, habits, and customs perhaps but, certainly, at least, in the rhythm of our personal, family, and community life.

In this issue of the Salesian Bulletin you will find the calendar for the new year 2021, one which we hope will come filled with blessings. While thinking about all that a year means, I pondered on something that I keep very much in my heart. I don't know if it is due to how I was raised or to my own nature but I have engraved into my very being the need to give thanks constantly and to be grateful for the so very many things that I receive in my life as a free gift, having  nothing to do with personal merit. I don't know if others feel this way. Maybe other people consider that everything they have is owed to them, even life itself, but this is not how I feel.

I wish to take advantage of the publication of this issue of the Salesian Bulletin to thank, in the name of Don Bosco, the thousands upon thousands of people who are our benefactors, helping us Salesians in our works around the world.

A few days ago I thought of something very simple that I could do: following the experience of these past six months, I felt that I should make a video message that could be broadcast via the internet to thank the very many people who have responded most generously, as their means allow, to help those most affected by COVID-19. So I did just that – in all simplicity and truth. Afterwards, I received dozens of messages thanking me for this act of transparency in explaining what had been done with those monies and the total amount received. Certainly, it cannot and should not be otherwise.

Don Bosco spent his life asking hundreds and hundreds of people for help. He wasn't asking for himself, but he was asking for his boys. At the same time, he strongly believed in Divine Providence, and for that very reason he went tirelessly knocking from door to door.

He asked for monetary aid and for physical and material help from people to carry out the work entrusted to him. He did not hesitate to ask anyone who could to dedicate some of their time or assets in favor of needy youth. He was helped by lay people, women and men, and by priests, friends of Don Bosco, who collaborated with him in many ways. Above all, he had the very special help of his beloved mother, Mamma Margherita. I think I can truly say, and with historical value, something I love to say: that together they founded the Oratory: to Don Bosco's creative and apostolic genius was added the maternal delicacy of his mother who gave feminine warmth to that house. She accompanied and encouraged her son through all the difficulties of beginning the Oratory and of working with the boys who knocked on the door of his house. Alongside Margaret was Michael Rua’s mom. (Michael was the first to become a Salesian and was Don Bosco’s first successor. Others joined him on December 18, 1859, when they, too, pledged to practice the Salesian way of life traced out by Don Bosco.) Then, too, there was also the mother of Archbishop Gastaldi and the father of Dominic Savio who helped out at the Oratory. This group of people, who knew and loved Don Bosco well, gave his work a nuance all its own, one that distinguished it from other institutions of the time. They gave the entire educational environment the imprint of a "family atmosphere".

With his ability to ask for help, Don Bosco knew right from the start how to count on priests who offered some of their time to the oratories - the work that was taking shape through the industry of Don Bosco, his priests and friends, even a spiritual teacher such as Don Cafasso, the Theologian Borel, and Don Murialdo. Other benefactors and supporters helped to finance the works begun by Don Bosco - in Turin, as well as in various places in Italy, in France, in Spain, and in the missions of Latin America.

Times have changed, but I can assure you that the situations that are experienced today in the world, in the Church, and in the Salesian presences are very similar to those of Don Bosco’s time. When I visited our works among the poorest boys of Latin America, Africa, India, and some nations of Oceania, it seemed to me that I saw situations that were no better than those that Don Bosco had to deal with in Valdocco.

I can assure you that this does not discourage me in the least; rather, it renews in me the conviction that at every moment the Spirit of God raises up millions and millions of people with hearts that want to make this world more and more human. Without a doubt, you and I are in that number.

Thanks for all your hard work. Thank you for believing it is worth it. Thank you for not having allowed yourselves to be engulfed by the “acid reflux” of people who always doubt everything and everyone. And thank you for believing that we can live with hope. This is precisely what I shall propose to our Salesian Family for the new year: in this difficult time of COVID-19, now more than ever, we are moved by hope.

I wish you all well.

The term “Salesian Family” was officially uttered for the very first time by Pope Pius XI on April 3, 1934, just two days after Don Bosco’s canonization, to the pilgrims who had come to Rome for the occasion: "You represent all those whom you have left behind in the various places from which you have come - all the great Salesian Family.”