TO THE POINT OF GIVING HIS VERY LIFE 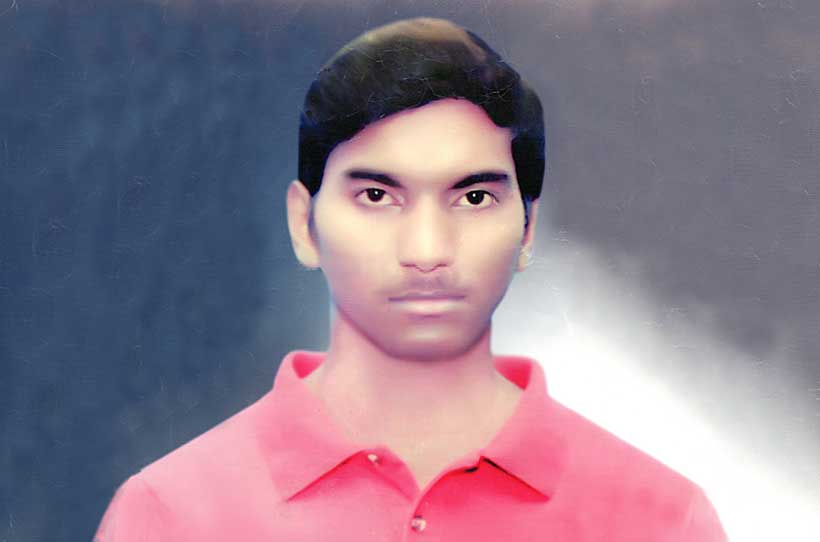 Realizing that he could not stop him, he told him, "I will not let you pass even if I have to give up my life." Thus, it was—the suicide bomber set off the charge.

My good friends and readers of the Salesian Bulletin,

I greet you very cordially at the beginning of this new academic year, which we trust will be filled with hope, new plans, a beautiful family atmosphere, and the desire to live intensely even in serving others. I say “even” because it cannot be taken for granted that all young people want to serve others; still, many, many do.

You know how greatly I enjoy sharing with you those life events that have touched my heart. That is why today, in the face of so many plans, dreams, and prospects for the new academic year, I want to tell you the story of a young man. He is very much like so many young people from our houses, playgrounds, and groups: young volunteer missioners, young people doing civil service, or animators of oratories and youth centers who also enjoy being with each other, the friends with whom they continue to share the beauty of life.

This young man about whom I will speak next is a Salesian past pupil from Pakistan who “simply” allowed himself to be blown up—a martyr—to save dozens of lives. Certainly, I am not asking you to do this but I am telling you that young people are capable of everything, even the greatest acts of heroism.

The story of Akash Bashir

Akash Bashir's life is surprisingly ordinary. Born into a humble family of deep and sincere faith, Akash was a Catholic lad and a Salesian past pupil. He had studied at one of our Salesian schools in Pakistan in Youhanabad, the Christian quarter of the city of Lahore.

Akash led a life just like that of any other young person of our world. It was spent with his family and friends, at school and work, playing sports, and in prayer. Of course, in a country like Pakistan, which is of a conservative Muslim faith, being a young Catholic is no little matter for faith is not just a title or a family tradition, it is an identity. What made him different was a simple but significant common thread throughout his life: that of service. Every moment of Akash's life was an act of service; in fact, he died serving his neighborhood community. He served and gave of himself to the point of giving his very life.

On March 15, 2015, while Mass was being celebrated in St. John's Parish in Youhanabad, the group of security guards made up of young volunteers, to which Akash Bashir belonged, faithfully guarded the entrance. Something unusual happened that day, Akash realized that a person with explosives under his clothes sought to blow himself up inside the church. He held him back, spoke to him, and prevented him from entering, but realizing that he could not stop him, he told him, "I will not let you pass even if I have to give up my life." At that moment, Akash hugged him tightly, using his body as a shield to contain the explosion. Thus, it was—the suicide bomber set off the charge. Our young alumnus died, offering his own life to save the lives of the hundreds of people, boys, girls, mothers, adolescents, and men who were praying at that time inside the church. Akash was only 20 years old.

This event deeply impressed us as Salesians and the Salesian Family. Naturally, we are unable to and do not want to forget young Akash. His simple, normal life, we would say, is undoubtedly a very meaningful, important, and momentous example for young Christians living in Lahore, and throughout both Pakistan and our Salesian world.

His mother said, “Akash was a piece of my heart. But our happiness is greater than our pain because he did not die because he was an addict or in an accident. He was a simple youth who died on the Lord’s road, saving the Priest and the parishioners. Akash is already our saint.”

Today, Akash’s younger brother, Arsalan, is part of the security team in their church. “We did not stop him because we did not want to impede our children from serving the Church,” his mother stated.

There may be those who have forgotten the value of service. Perhaps we Christians have forgotten that the commandment of love of God also implies love and service to our neighbor. Akash understood it very well and incarnated it in his young life. Being faithful in little things, he was able to be faithful in big ones, too. Through the offering of his life, he saved those hundreds of families. Akash Bashir's death reflects the love of Jesus on the Cross for the salvation of many.

This life of service, of deep and simple prayer, and of love of neighbor is, without a doubt, the most evident charismatic sign of the Salesian educational system. Every student in any of our works knows that to reach sanctity all it takes is to be happy, loving deeply both God and the many people whom we hold dear; to take care of those whom we hardly even know; to be responsible in ordinary duties; to serve; and to pray. Akash Bashir is the living example of this. He is an example of holiness for any Christian, an example for all the young Christians of the world. Thus, It is possible to be a saint today!

In a particular way, Akash represents young Pakistani Christians and those in religious minorities. Akash Bashir is the standard, icon, and voice of so many Christians who are attacked, persecuted, humiliated, and martyred in non-Catholic countries. Akash is the voice of so many brave young people who are capable of giving their lives for the Faith despite poverty, religious extremism, indifference, social inequality, discrimination, and life’s difficulties.

Like theirs, perhaps as an “anonymous saint,” Akash Bashir’s life and martyrdom in today's world is the light of Faith that bursts forth from the darkness of hatred.

Akash’s life is powerful evidence of the Catholic Church of today that reminds us of the first Christian communities of the past. They lived immersed in cultures and philosophies opposed to the Faith of Jesus the Christ. The communities of the Acts of the Apostles were also a minority, but with an immeasurable faith in God. The life and martyrdom of this young 20-year-old Pakistani makes us recognize the power of God’s Holy Spirit, Who is alive and present in the least expected places—in the humble, in the persecuted, in the young, and in the “little ones” (the anawim) of God.

Akash Bashir, our Salesian alumnus from Pakistan, is a living testimony to our Preventive System, an example for our young people, and a blessing to our religious minorities.

I wish the best to you all—your families, Communities, and Works—and a beautiful beginning of the academic year.